Budweiser launches in South Africa – and we helped it happen!

Huge news for local beer drinkers: Budweiser, one of the world’s most iconic beers, has just arrived in South Africa – and we helped make its launch a success!

Anheuser-Busch InBev (AB InBev) Africa is responsible for the Budweiser launch locally, having already launched Stella Artois and Corona in the country in 2017. AB InBev merged with SABMiller in October 2016, in a R1,3 trillion deal that was described by some as the third largest acquisition in history. Budweiser is considered to be one of the most valuable brands in the world, with distribution in 73 different countries. In South Africa, it is now brewed at SAB’s Rosslyn Brewery just outside Pretoria.

The beer’s arrival into SA coincides with the 2018 FIFA World Cup kicking off in Russia in June, of which Budweiser is an official sponsor. Ab InBev’s global “Light Up the FIFA World Cup™” campaign saw a variety of Budweiser marketing initiatives launching in more than 50 countries around the world.

As the key below-the-line marketing partner for AB InBev, we were proud to be part of the Budweiser launch in South Africa, in time for the FIFA World Cup. In total, we delivered almost 600 000 product units across multiple categories including caps, mugs, standees and other Budweiser-branded items to retailers around the country. The key objectives that we needed to fulfil to help make the launch a success were:

We’re proud to say that we turned this around in record time, and delivered products with 100% accuracy to their final destinations. Here’s to the success of Budweiser among South African beer drinkers for many years to come – cheers! 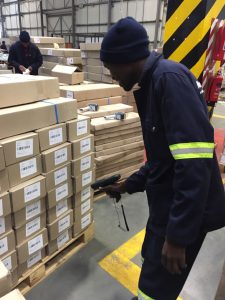 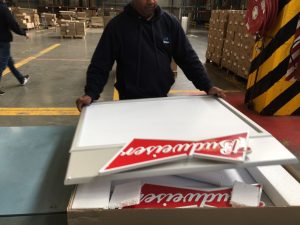 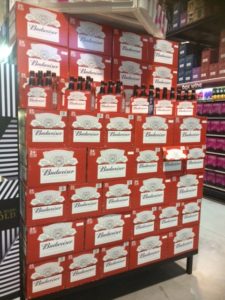 Your browser is out of date

For the best experience using the tools on this site, please visit BrowseHappy to find an up-to-date version of your favorite browser.